Many real-estate agents may love their jobs, but in any career, there are certain parts that are less than ideal. 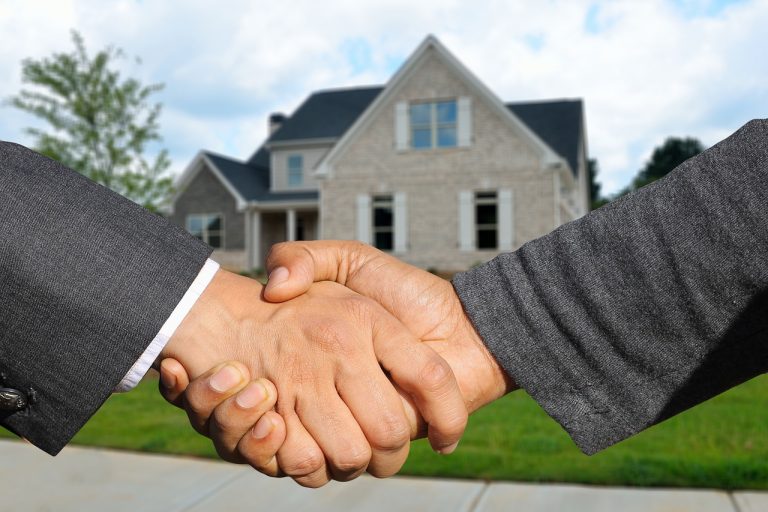 Business Insider asked real-estate agents around the country about what it’s really like working in their industry, including the worst parts of their jobs.

Several agents said managing clients’ unrealistic expectations was the worst part, while others mentioned dealing with the frustration of getting “ghosted” by clients and having to be available 24/7.

Eric Goldie, an agent at Compass who sells $1 million to $5 million homes in New York City, said the worst part of his job is dealing with clients with unrealistic expectations.

“50% of my job is managing expectations,” Goldie said. “When a client wants a two bed/two bath for under $2,000,000 downtown, it’s not fun breaking the news to them that they are actually in a market for a 1 bed/1 bath in their price point.”

2. The endless emails and paperwork

Brian K. Lewis, an agent at Compass who sells $2 million to $10 million homes in New York City, said responding to emails has become one of the worst parts of his job.

Gill Chowdhury of Warburg Realty said it’s the paperwork that gets to him.

Noemi Bitterman of Warburg Realty, who deals with homes in Manhattan and Brooklyn with prices between $500,000 and $1.75 million, said the worst part of her job is the lack of a steady income.

“Some months are great and some are not, and the volatility can be hard to budget around,” Bitterman said.

An agent in Massachusetts who wished to remain anonymous said the worst part of her job is being mistrusted and dealing with misconceptions about what real-estate agents do.

“We honestly work very hard, it’s a tough field … so much of it is behind the scenes, and we take our oaths to our clients very seriously,” she said. “We do a lot of work for free, yet people think we’re just raking in the dough left and right.”

Michael Bello of REAL New York, who does $5,000-per-month on average rentals in the city, said some clients have “negative pre-conceived notions that all brokers are ‘sketchy’ and [that] you’re going to take advantage of them.”

5. Getting ghosted by clients

Elana Delafraz of REAL New York (not pictured), who deals with rentals with $3,200 to $5,000 monthly rent, said the worst part of her job is getting ghosted.

The worst, she said, is “when you work really hard to find the perfect apartment for [a] client and then they ghost you like nothing ever happened.”

6. Needing to be available at all times

“The worst part about my job is that it is hard to completely disconnect,” Jared Barnett, a Compass agent who sells homes between $2 million and $5 million in New York City, told Business Insider.

“Selling real estate is complex, so if you want to be successful you have to work hard and be available at all times, whether in person, via email or on the phone,” Barnett said. “Real-estate deals are very intricate and time-sensitive, so if you’re unavailable to handle a problem that arises, it could cost you the deal.”

Smitha Ramchandani, a broker-associate at SR Real Estate Group at Prominent Properties Sotheby’s International Realty, who sells homes in New Jersey and California, said agents “have to be available during the evenings, weekends, holidays and on vacations. We have worked from the middle of the Serengeti (not kidding), Australia and New Zealand.”

“To me, [the worst part of my job] is letting my clients down in some way or form,” Jason Tsalkas of Compass, who sells homes mainly in Brooklyn that cost between $650,000 and $2 million on average, told Business Insider. “I’ll give you an example: I was working with a buyer to find their first home in Brooklyn. We looked at countless options and stumbled upon what I thought was the best one but he insisted we see some more and mentioned how it’s his first home and he needed to see EVERYTHING.”

Tsalkas said his mistake was not putting his foot down at the right moment and insisting it was the right fit.

“As you might imagine, we lost that one that I knew was the right fit and he realized it too,” he said. “It crushed me to see him be disappointed. But it also served as an example; he trusted me from that point on, attentive to my every statement and opinion.”

8. Being a ‘parent’ to clients

“It’s like being a parent, knowing a great property (or buyer) that is the right fit, but my client may get dissuaded by an insignificant factor,” Blume said.

“For example, sometimes the first property you take your buyer to see is the best and they need to act swiftly, but they are not convinced as they need to see more,” she said. “Or if you get a competitive offer for your client’s property when it just hits the market they may say, well it only just came on the market and already look at this fabulous offer! Let’s see what else we get, but the first offer had the best terms.”

9. Having to rely on other people

Scot Dalbery from REAL New York, who deals with rental properties in New York City that are $4,000 a month on average, said the reliance on other people is difficult to deal with as a real-estate agent.

“Whether it be having to get keys from someone, have someone meet you to buzz you into an apartment, clients not showing up to appointments — as someone who is extremely diligent about my schedule, somebody unexpectedly not following through can really impact your day and cause great frustration,” Dalbery said.

The “Co-op Board skit” from season 39 of “Saturday Night Live.” Dana Edelson/NBC/NBCU Photo Bank via Getty Images
Spencer Cutler of Corcoran, who sells homes with an average price of $6 million, says the worst part of his job has nothing to do with clients, but rather dealing with co-op boards.

“In New York City, co-ops can require an enormous amount of paperwork which has to be meticulously put together to present the buyer in the best light possible,” Cutler said. “In some cases, a buyer is rejected by the board (without any reason given) and the process starts back at square one.”

11. Working around the clock

Several agents said the worst part of their job is that it never stops.

Adam Feinberg of Anchor Associates, who sells homes in New York City with an average price of $725,000, said the worst part of his job is “working around the clock — 24/7.”

Greg Cooper, a broker at Kuper Sotheby’s International Realty in Austin, Texas, who sells homes between $300,000 and $8 million, described it as “the treadmill that we are always having to run on. You are only as good as the last month,” he said.

“You try not to take it personally and some people are just mean,” Butch Haze, a Compass agent who sells homes between $3 million and $10 million in the San Francisco area, said. “It is an emotional process so you try to give them a pass but some people are just not good people. I try to run from those situations. Life is too short.”

Katie Warren/Business Insider
Robin Kencel of The Robin Kencel Group at Compass in Connecticut, who sells homes between $500,000 and $28 million, said one of her biggest job pet peeves is keeping her car looking clean.

“Keeping my car shiny on the outside — I’m always battling the weather and season,” Kencel said. “Take this season: I have it washed at 10 a.m. and by 3 p.m. the pollen has dusted it.”